For complete and straightforward information on energy and the environment

Environmentalists For Nuclear Energy (EFN) is an independent environmental, non-profit organization which aims at :

EFN started growing in 1996 around Bruno Comby (author of 8 books on healthy living, and environmentalism) after the publication of his book “Environmentalists For Nuclear Energy” and his participation in numerous TV and radio debates on this occasion.

EFN promotes nuclear energy for a better and cleaner planet in a calm and rational manner.

EFN considers that environmental opposition to nuclear energy is the greatest misunderstanding and mistake of the century.

If well managed, nuclear energy is a very clean energy, does not reject polluting gases in the atmosphere, uses very few construction materials (per kWh) compared to solar & wind energy, produces very little waste (almost totally confined), and does not contribute to the greenhouse effect (no carbon dioxyde).

Our belief is that more efficient uses of energy, and self sustainable lifestyles should be promoted on the long term, and that in the meantime renewable energies and nuclear energy should totally replace the use of oil, coal and gas, wherever possible.

EFN unites people throughout the world who are concerned about the future of our planet and want to keep it clean and protect nature, thanks to the use of nuclear energy and renewable energies in replacement of oil, gas and coal.

Since EFN was created, many of the greatest environmental leaders have joined our organization or share our views such as, for example, Pr. James Lovelock (author of the Gaia theory), Patrick Moore in North America (co-founder of Greenpeace international in 1971 in Vancouver, Honorary Chairman of EFN-Canada). Others include : Stewart Brand (author of the Whole Earth Catalogue), late Bishop Hugh Montefiore (founder and former director of Friends Of the Earth until he joined EFN) and Stephen Tindale (former executive director of Greenpeace U.K. from 2000-2005) who protested against nuclear power for 20 years, but changed his view in 2009 to support clean nuclear energy & has founded the group Climate Answers. The Environmental Defense Fund (EDF) who was hostile to nuclear power until 2005, is now neutral to it. The environmental group Center for Environment, Commerce & Energy (CECE) supports nuclear power in the US.

EFN currently gathers more than 10.000 members and supporters, with 300 local correspondents in more than 60 countries, on five continents.

Who are the members of “Environmentalists For Nuclear Energy” ?

EFN is a totally independent, private, non-profit environmental organization. EFN is independent of any political, religious, financial, and industrial groups. We are just a group of people in favor of preserving the environment and of promoting nuclear energy.

Any person who wishes to contribute to a cleaner world can become a Sympathizing, Active or Donating Member of the EFN ASSOCIATION. The association has local correspondents in many regions and throughout the world, and also has a Scientific Board and an Honorific Board, composed of VIPs and personalities who morally support our views.

If you want to have more fun on a cleaner planet… If you want your children and great-grand-children… to be able to breathe and live happily in a better world… then welcome to EFN, the association that contributes to a cleaner and better world for the future !

How to join “Environmentalists For Nuclear Energy”

EFN is just a group of people like you ! Every signature, membership, or donation is precious and helpful. Even small or moral contributions are essential. We will be heard only if we are able to gather a number of people, through signatures and memberships, that share the idea that nuclear energy is a good environmental solution for the future.

A FEW SUGGESTIONS THAT CAN BE REALLY HELPFUL

1 – BECOME A MEMBER OF EFN : instructions are given on the EFN registration page.

2 – TALK ABOUT EFN AROUND YOU : to your friends, colleagues, and relatives, and invite them to join EFN or sign the petition.

3 – SIGN THE PETITION : give moral support to clean nuclear energy, and encourage our action by signing the petition on the internet, or by fax, or by e-mail by sending the following message : “YES, I think that nuclear energy can be clean and respectful of the environment” with your name and address.

4 – CREATE EFN LOCAL GROUPS : You can become a local correspondent of EFN, create a local group, and spread the word around you: in your area, country, company, or neighbourhood.

6 – DONATE : Like every organization, EFN also needs money. Even small contributions are appreciated and will help develop our action.

THANKS FOR YOUR KIND ATTENTION !

FOR COMPLETE AND HONEST INFORMATION
ON NUCLEAR ENERGY AND THE ENVIRONMENT :

BECOME A MEMBER OF EFN

BE A LOCAL CORRESPONDENT OF EFN

DEVELOP A LOCAL GROUP OF EFN ! 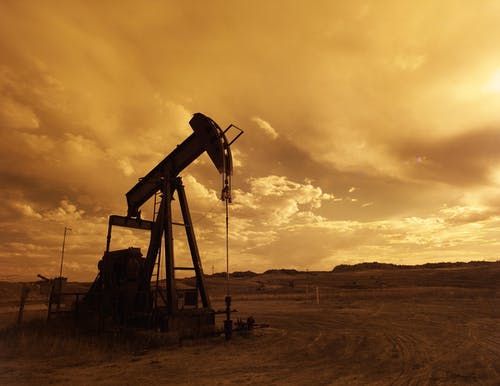 Fossil fuels (oil, gas, coal) the dominant energy today, are being rapidly exhausted, and are the cause of wide scale pollution of our environment, while nuclear and renewable energies are much cleaner : they have absolutely no global effect, produce only very small amounts of waste that are easy to manage, don’t affect the planet’s climate, and these energy sources (renewable energies and clean nuclear energy), if well managed, are sustainable in the very long term.

Together we can build a better world